Visualize, if you will, the school setting one hundred years ago. There was no church, no new church, no rectory, no convent, and no school. The Catholic Church had no viable presence in Independence, LA. The Blessed Sacrament came at a most fortuitous time because it was at about this moment in history when the families of Italian immigrants first began to arrive in Central Tangipahoa Parish in large numbers. They joined local farmers and lumbermen who had settled in the area several decades before.  All of these thrifty, hard-working people carried with them a conviction in their Catholic faith which had been a cherished part of their lives for countless centuries. The parish was officially founded by Father Columban Wenzel, a benedictine, around the turn of the century. The first pastor who arrived here in 1908 was Fr. Placido Gabrielli.  Father Gabrielli faced an incredible challenge--not the least of which was the absence of a church.  The original wooden church had been destroyed by the famous hurricane of 1907.  Despite these difficulties, the parish flourished, and by the early 1920s, the need for a Catholic school in the community had become apparent.  The great Dominican order had assumed the shepherd's staff for the flock of Mater Dolorosa by this time, and were leading the parish in the proper direction.

In the spring of 1921, a Spanish Dominican Fr. John Ayuela was pastor of Mate 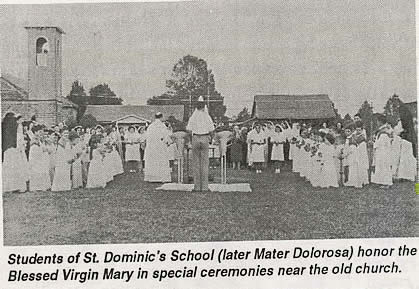 The sisters worked hard and by July the school was ready for opening. Note that school started in July then so that the term could be completed very early in the spring allowing the children to work in the many strawberry fields in the area. The school was properly dedicated and named St. Dominic's in honor of the great founder of the Dominican order. The school officially commenced on Sister Mary Margaret's birthday, July 11, 1921. The school's future was entrusted to Father John and his assistant pastor Father Joaquin Fortea's special care.  That early school house, which stood where today's Family Life Center (Convent) is located, certainly did not resemble today's building.  Parish records describe the school this way: it was intended to be two raised rooms above a “basement.” While it is difficult to comprehend a basement in the damp South Louisiana climate, one was apparently constructed. For the first term, the two schoolrooms were sitting on the ground, and not for another month did the basement come into existence. 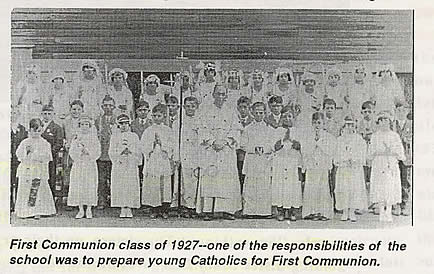 The school began with the attendance of 240 boys and girls enrolled in grades one through four--the only classes offered. Two of the school's earliest pupils were Frances and Felecie Anzalone. Only the teacher had a desk because the pupils' desks had still not arrived. Sister Mary Margaret taught 3rd and 4th grades in the front room and Sister Margaret Berchmans taught the primer, first and second grades in the other room. The large attendance necessitated enlarging the school immediately. Classes were then held in the church while construction was going on. At about the time the school was finished, the first lay teacher, Miss Mona Fox of New Orleans, was hired to teach the primer grades. Countless numbers of excellent lay teachers have since served the school extremely well and continue to do so today.

However, the school would face difficulties in the coming years. The Great Depression, which so affected the entire world, left its imprint here.  Scarce funds were not available to fill even the basic needs. About 1933, the convent became dilapidated. Father Fueye had no funds to repair the convent. The sisters agreed to find the money to make necessary repairs with the promise that the parish would eventually pay them back. Father Fueye, in these poor times, wrote the archbishop on September 5, 1933, about the lack of respect for the school. As was the custom in Tangipahoa Parish, the school opened in July and closed in early spring, so the children could pick strawberries. Somehow, the school survived the dark days of the Great Depression and continued to serve the important need for Catholic Education in the area. In 1937 severe drainage problems forced the sisters to leave temporarily and go back “to the city,” apparently New Orleans. The school had to be closed in 1940 because of heavy ice. 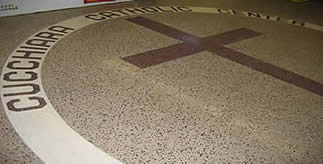 The years following World War II were prosperous ones, and by the late 1940s, the obvious need to replace the old school had become of paramount concern. Beginning in 1943, the acquisition of land where the school now sits was started. The City of Independence assisted in the move to build the new school by agreeing to close a street crossing the plot of land. Thus, the way was cleared for the new school and construction began in 1948. The Cucchiara Center which served some of the functions, including the gymnasium, was dedicated in June 1948. 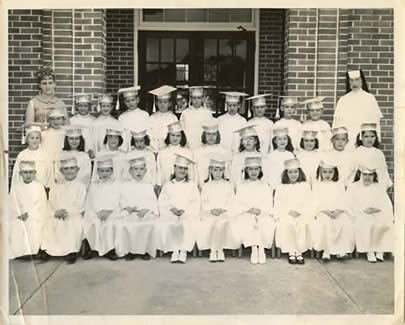 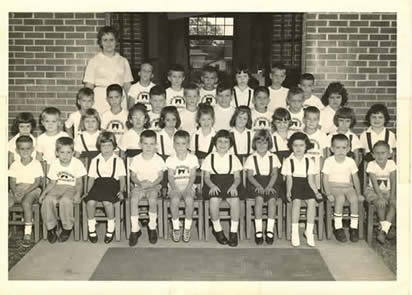 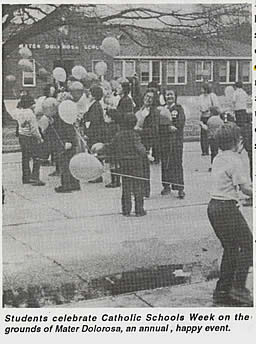 The ceremonies were most impressive with the memorable Bishop Joseph Francis Rummel leading the elaborate rituals.  At this time, the school was re-named to more adequately reflect its special “place” in the community. The school would henceforth be known as Mater Dolorosa Elementary School, identifying the educational plant more closely with the church parish.  Throughout the 1950s, 1960s, and 1970s the school continued to grow and prosper.

For 100 years, Mater Dolorosa Catholic School has been at the heart of the Catholic community in Independence, LA. The festivities have attracted students, alumni, teachers, former principals, faculty members, and parishioners from a number of different Catholic communities in Tangipahoa parish. From these beloved classrooms have come several generations of young scholars prepared for whatever challenges the world has held for them. 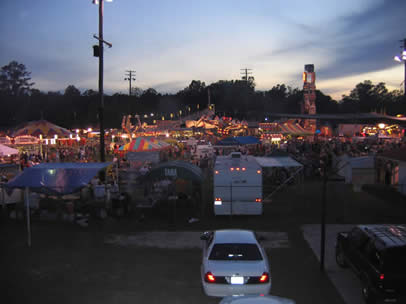 In the 1970s, the founders of a new venture, the annual Little Italy Festival, began to be identified with Mater Dolorosa School. As it is now more properly named, the INDEPENDENCE ITALIAN FESTIVAL had its origins on Main Street near the Kluchin Building. It grew so rapidly that a new location was necessary. The school grounds seemed the logical place, and thus the festival was moved.

Indeed, the founders of the festival, members of the Italian-American Cultural Association, played a large role in the construction of a new gymnasium. The Church gave a most generous gift to start the construction of a new gym. The beautiful new gymnasium, was constructed through the generosity of many parishioners of the community, under the leadership of then Pastor Isidore Vicenti, O.P., in a dedication ceremony on January 15, 1994. The gymnasium filled an obvious need in the school's facility and continues to serve the school and the parish today. 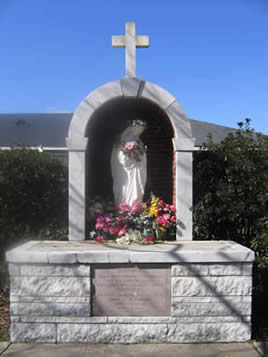 For over five decades, the school has blossomed under the dedicated direction of the good Dominican Sisters of St. Mary, who came here so many years ago to pioneer Catholic education in the region. Mater Dolorosa has continued to flourish, even though the beloved sisters are no longer a presence.  Dedicated “lay” principals and teachers are continuing a tradition as old as the school. They continue to give leadership to Catholic education in the Independence area. Since the last sisters left, lay principals have ably guided the school until the present.

This school is a lasting monument to the Catholic people and all Christians in this community.  From the very beginning, the Catholics of this area have been willing to sacrifice their time, talent, and treasure to assure that Catholic education will always be available here. Through parents, individuals, priests, sisters, and teachers, the community has collectively offered its support to the proposition that all should be afforded the choice of Catholic education for their children. This school is a further testimony to the generosity of the good people of Central Tangipahoa Parish who have placed a premium on Catholic education.  Today and every day, we celebrate the history of Mater Dolorosa Catholic School. With God's continued grace, it is hoped that the students who are now enrolled in the school will one day stand here in celebration of the school's memorable birthdays in the unforeseeable future. 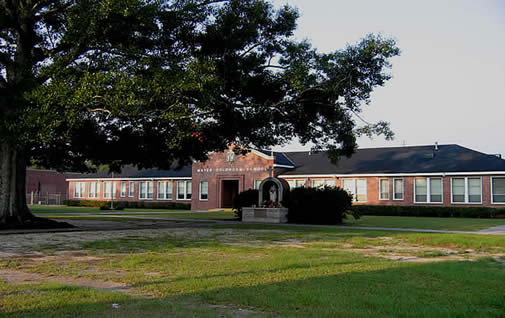 Be it known to all who enter here that CHRIST is the reason for this school.

He is the unseen but ever-present teacher in its classes.

He is the model of its faculty and the inspiration of its students.